Andy Butcher became Chief Executive Officer on May 6, 2022, at which time he was also appointed to the Board of Directors. 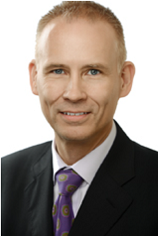 Mr. Butcher has served as the President of Luxfer Gas Cylinders, Luxfer's largest business unit, since 2014. Mr. Butcher joined Luxfer in 1991 and has held positions of increasing responsibility throughout his career with the Company. In 2002, he led the development of Luxfer's composite gas cylinders business, first as General Manager and then as Executive Vice President. Mr. Butcher currently serves as a Director and Executive Officer of various affiliates and subsidiaries of the Company. Mr. Butcher holds an M.A. degree in Engineering from Cambridge University and an M.B.A. from Keele University, both located in England.