Clive Snowdon was appointed a Non-Executive Director in July 2016 and has served as Chair of the Nominating and Governance Committee since April 2020. He acts as a financial expert on the Audit Committee, which he joined in August 2016. 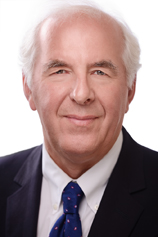 Clive Snowdon was appointed a Non-Executive Director in July 2016 and has served as Chair of the Nominating and Governance Committee since April 2020. He acts as a financial expert, as defined by NYSE listing rules, on the Audit Committee, which he jointed in August 2016.

Mr. Snowdon served as Chairman of the Midlands Aerospace Alliance, an association supporting the aerospace industry across the Midlands region of England, from 2007 through 2016. He currently serves as a Trustee of the Stratford Town Trust and is also the Aerospace Industry Advisor to Cooper Parry Corporate Finance, a corporate finance advisory. In May 2016, Mr. Snowdon stepped down from the Board of Hill & Smith Holdings PLC, an international group of companies operating within the infrastructure and galvanizing markets, where he had been a Senior Non-Executive Director since May 2007, Chair of the Remuneration Committee, and a member of the Audit and Nominating and Governance Committees.

In June 2011, Mr. Snowdon retired from Umeco PLC, a provider of advanced composite materials, after serving as Chief Executive since April 1997. Mr. Snowdon was also the Executive Chairman of Shimtech Industries Group Limited until the sale of the business in May 2015. From 1992 to 1997, he served as Managing Director of Burnfield PLC, after being promoted to that position from Finance Director. He has also held senior positions with Vickers plc, BTR plc, and Hawker Siddeley Group.

Mr. Snowdon is a Chartered Accountant. He received his Bachelor of Arts degree in Economics from the University of Leeds.