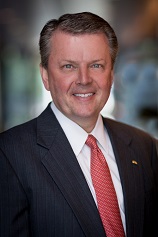 Patrick Mullen was appointed Non-Executive Director in September, 2021, and was appointed as Chair of the Board March 11th, 2022. He is a member of the Nominating and Governance Committee and the Remuneration Committee.

Mr. Mullen served as the President and CEO of Chicago Bridge & Iron Company ("CB&I"), an engineering, procurement, and construction company, until 2018. Prior to his 20 years at CB&I, he spent 12 years with Honeywell's UOP division, a supplier of petroleum refining, gas processing, and petrochemical production technology. From 2014 to 2019, Mr. Mullen served as a Director of Vectren Corporation, a domestic energy delivery company, and from 2017 to 2018, he served as a Director of CB&I. He has served on the boards of the National Safety Council and Chevron Lummus Global, a developer and licensor of refining hydroprocessing technologies and alternative source fuels. From 2014 to 2020, Mr. Mullen served as a member of the National Association of Corporate Directors and was a Board Leadership Fellow in 2019.

Mr. Mullen earned his Bachelor of Science degree in Chemical Engineering from the University of Notre Dame and his Master of Business Administration degree from the Kellogg Graduate School of Management at Northwestern University.