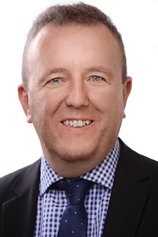 Mr. Gibbons joined Luxfer in 2004 as European Financial Controller at Magnesium Elektron, before moving to the corporate office to take up the Group Financial Controller role. He returned to Magnesium Elektron in 2014 as Divisional Finance Director. Mr. Gibbons was appointed Director of Sourcing and IT and became a member of the Executive Leadership Team in July 2017.